Green is the goal machine 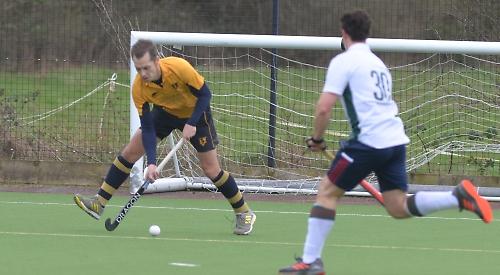 FOLLOWING his hat-trick for Henley 1sts in their 5-3 Premier Division 2 win at Chiswick last Saturday, Chris Green has moved up to fifth place in the all-time men’s South League goal scorers table.

Green, 41, has now scored 258 league goals for Henley Hockey Club in a career that began in 1996. Green’s goal scoring has led to his team-mates nicknaming him the goat (Greatest Of All Time).

This season Green has netted 14 goals which puts him in fourth place in the South Premier Division 2 West goal tally.

Green’s treble helped his side maintain their league status for another season and his goals have all come from playing first team hockey with the amber and blues in the top three divisions of the league.