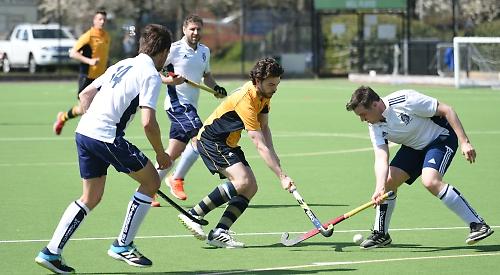 With the sun beaming down on Jubilee Park, the hosts started the game strongly with Riches and Shaw linking up well and winning a short corner.

Kyle Soulsby stepped up and produced a fine save from the Maidenhead keeper, blocking a drag flick.

Henley took the lead late in the first half after a strong carry from Green resulted in Foster striking at goal and Joseph deflecting the ball past the keeper.

Henley only had one substitute and struggled in the heat during the second half.

Some good defending from Mortimer and Soulsby kept the scoreline down while Maidenhead had a lot of possession but Henley went on to lose the game 2-1.

Henley will be back in action with friendly matches in June.