Herbert’s goal and assist gets side up and running 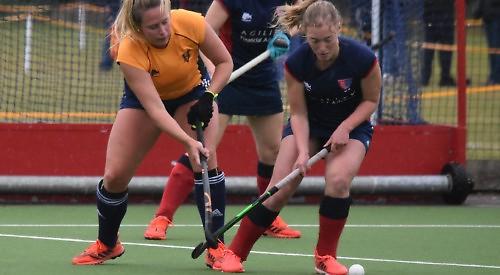 The match started with an even amount of possession for both teams. Henley created some promising chances and moved towards the opposition’s goal with pace and determination but were unable to score.

Then, after a run of great passes up the pitch, Henley won a short corner. The ball was injected to the top of the D where Rachel Herbert was able to strike it cleanly and smash it into the bottom corner of the goal to give Henley the lead at half-time.

Soon after the restart, Amersham were able to make a break up the pitch and after some scrappy play in front of the goal, Henley conceded.

Henley tried to respond and throughout the half put together some lovely team advances towards the opposition’s goal but were again unable to make possession count.

Spurred on by their home support, Henley continued their advances and in the last five minutes, Herbert fired the ball into the opposition’s defensive area and Lauren Hilditch was able to get a brilliant touch to guide the ball through the Amersham goalkeeper’s legs to seal the win.