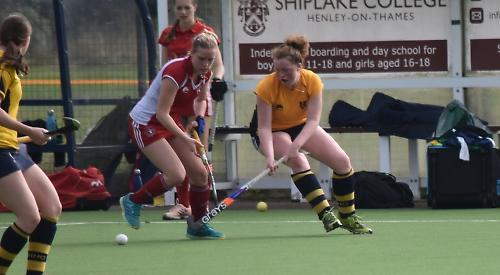 HENLEY LADIES 1sts went down to a 4-1 defeat away at BOURNE-MOUTH 1sts last Saturday in their Premier Division 1 clash in the South Central League.

Bournemouth took the lead after just 10 minutes when they successfully converted a penalty flick.

Henley fought back with pace and a good sequence of passes into the opposition’s defensive area saw Hayley Munt fire home from the top of the D to equalise. Henley kept up their intensity and were rewarded with two short corners towards the end of the first half but they were unable to convert.

Earley in the second half Henley were under attack as Bournemouth showed strength and determination as they scored two quick goals.

With 10 minutes of the match remaining the hosts won another short corner which they converted to wrap up the scoring.

HENLEY LADIES 2nds are still searching for their first South Central League North Division 2 point of the season after going down to a 5-2 home defeat against local rivals MARLOW 3rds. Kat Green and Ailish James were the scorers for the hosts.

In Thames Division 2 HENLEY LADIES 3rds recorded their first success of the season as they ran out 3-2 winners at SONNING 6ths.