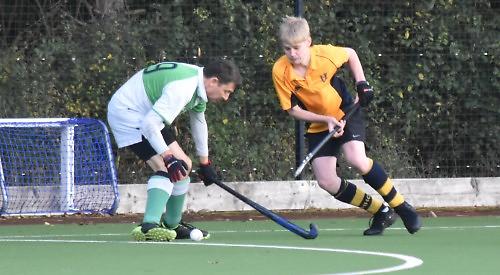 Charlie Shaw put the visitors ahead before Rhys Joyce doubled their advantage on 25 minutes.

Chris Green put his side 3-0 up five minutes into the second half. Ed Foster scored his side’s fourth of the game before Shaw netted his second to complete the scoreline.

HENLEY 4ths ran out comfortable 6-0 winners at home against WALLINGFORD 4ths in their Thames Division 2 clash.

Henley’s experienced side with a quartet of teenagers dominated this South Oxfordshire derby. The hosts were comfortable on the ball and content to keep possession with simple but ultimately deadly passes.

Henley’s overwhelming domination of territory forced Wallingford to play most of the match in their own half as Gordon Merrit scored a hat-trick for Henley whilst David Clarke netted twice and Danny McAllister once.

Tony Conway-Hughes and Ben Proudfoot both came close to scoring for the hosts but were thwarted by the visiting goalkeeper. Ben Williams was named Henley’s man-of-the-match.

Henley 4ths are now second in the league with the best defensive record having lost just one game.