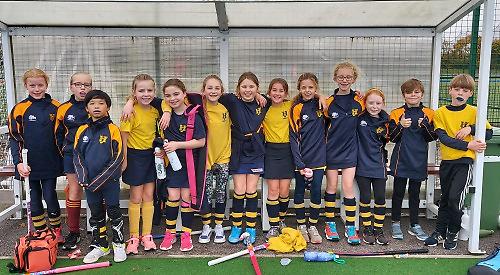 THE Berkshire, Buckinghamshire and Oxfordshire junior leagues were back in action with HENLEY U10s playing at both Reading and Sonning.

All players showed competitive attitudes and were willing to try out their new skills in match situations.

Players of the match were Bea Watts and Rupert Liddle for Henley 3rds and Emma Groat and Juliet Tovey-Stewart for Henley 2nds.

The Henley Antelopes won three, drew one and lost one of their games, with Ida Tomlinson awarded player of the tournament.

The Henley Dragons drew two and lost three, with Darcy Buckham-Hedges the team’s player of the tournament.

In the afternoon two Henley teams travelled to Thame Hockey Club for matches against Amersham and Chalfont, High Wycombe, Marlow and Thame.