Day wraps up the scoring as hosts hit back for win 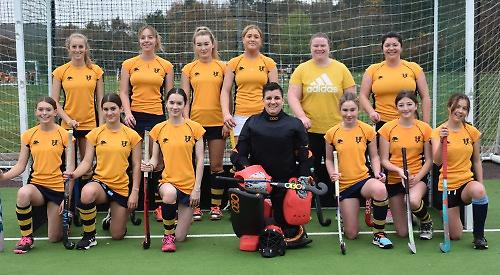 HENLEY 1sts came from a goal down to earn a point in their home clash with South Central League Premier Division 1 leaders READING 2nds at Jubilee Park on Saturday.

Henley started the stronger with plenty of possession in the Reading half with Foster coming closest to scoring, firing a shot narrowly wide.

Further into the first half, Reading started to get a foothold in the game and applying pressure on the Henley defence. One Reading attack resulted in a short corner and it appeared the ball was lifted over Soulsby’s stick and hit first time into the top corner. Henley appealed that the ball was lifted but the goal was given.

Henley were still attacking well on the counter as Joseph found Sam Worlidge in the right-hand corner who executed a reverse strike into the corner of the goal to level up to 1-1.

The match was heating up and a poor challenge from a Reading forward left him the wrong side of Mortimer’s stick and prompted a brief melee for which one of the Reading defenders received a 10 minute sin bin.

As the second half began with Reading a man down, they sat back and Henley struggled to break their defence down.

The rest of the second half was extremely tight, Henley going close from Joseph and Green. The Henley defence were keeping a strong Reading attack in check and when they did breach, keeper Foggoa was proving too difficult to beat. Neither side could find the winner and the match finished all square.

HENLEY LADIES 1sts went down to a 4-0 defeat away at MALROW LADIES 1sts.

The first half saw Henley take control of the game with a good sequence of passes from midfielders Orla Brown and Ellie Roseff. Strong passes through the Henley defence, coupled with good team play through the midfield saw plenty of attacking opportunities for Gracie Newbold and Lauren Hilditch, but Henley were unable to find the back of the net.

Henley fought hard against a number of penalty corners from Marlow’s strong attack before the home side took the lead.

The second half saw some tired legs and a several quick counter-attacks allowed Marlow to increase their lead with another three goals in quick succession.

Henley were dealt a blow when two players were sin binned within 30 seconds of each other for stick tackles. Despite being down to nine players for five minutes, Henley fought back in the remaining 10 minutes of the match with successful zone marking to keep out the Marlow attack.

HENLEY LADIES 3rds came from a goal behind to triumph 3-1 at home against AMERSHAM AND CHALFONT 5ths.

The visitors got off to a bright start and took the lead in the first few minutes.

Henley fought back and were awarded two short corners in quick succession but nether could find the backboard as Amersham were put under pressure.

Henley had most of the possession for the majority of the first half with the defence working well to keep the visitors at bay.

Abi McCarthy and Meg Hearn made some good interjections and prevented the opposition from making it into the D while Rosie Hallett remained wide and the defence made some fine transfers round the back. Becky Bradbury tracked back with support from Trinity Jacobs when the opposition made a break towards the home goal.

In the second half Henley attacked quickly and equalised through Chloe Lyons.

Although Amersham continued to make some good breaks through midfield, the Henley defence worked tirelessly with Esther Garcia saving every shot that came at her.

Verity Langley made sure she dropped back to support and Katie Lovatt made some good runs and hassled the Amersham players.

Jemima Day made some clever passes wide to Langley and high to Frankie Clarke, Gaby Trombas and Rosie Wilkinson all of whom made some good runs into the D.

Day took the ball into the D and went for a shot on goal which was saved and deflected by the keeper straight onto Wilkinson’s stick who slipped it back through the keeper’s feet and into the net to give Henley the lead.

Amersham continued to apply pressure but Day eventually scored to wrap up the points chipping the goalkeeper from a short corner.