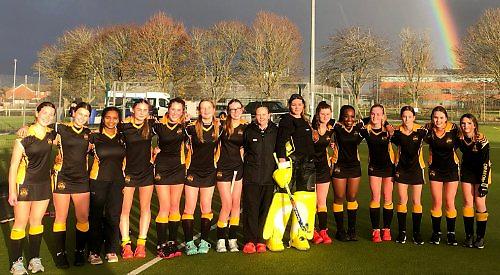 ORATORY SCHOOL’S team have won the U18 Berkshire Girls’ Hockey League in their first competitive season.

The team had their final league match against Reading Blue Coat School earlier this month where they ran out 4-1 winners.

Victoria Watson, head of hockey, said: “If I were to go back 12 weeks ago to our first hockey session, the team and I could not have dreamt of what they have achieved. From players one to 18 they have not once dropped their heads and have played with true Oratory spirit.”