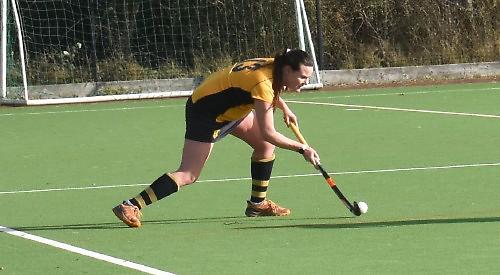 The hosts started the brighter side having the lion’s share of possession in the first half. Several short corners for both sides were seen out by the defence meaning there were few goal scoring opportunities going into half-time.

Henley ramped up pressure on the Bournemouth defence in the second half. Several players were carded and had short spells on the bench and as a result Bournemouth applied pressure on the Henley defence trying to take advantage of their additional player. Henley kept composed and saw out a difficult patch and when they were back to full strength continued to threaten the Bournemouth side.

Henley won a number of short corners and eventually managed to convert with Georgie Metcalfe putting the ball past the keeper with 10 minutes to go.

From then on Henley protected their goal tirelessly to see the game out and secure all three points, a result that lifted them up the sable away from the drop zone.