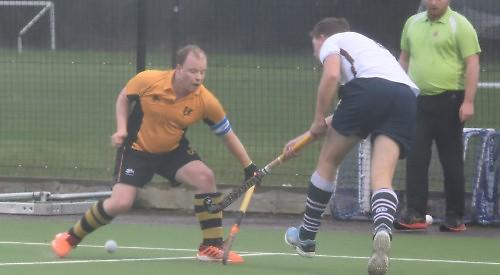 HENLEY 1sts crashed out of the National Cup in the last 16 stage of the tournament at Jubilee Park last Saturday.

Surbiton started the game the stronger, causing trouble for the Henley backline with their aerial play.

Henley found their footing soon into the game and were beginning to look dangerous with Foster and man-of-the-match Gupta linking up well. Heaver was unlucky not to score twice, with the Surbiton keeper making good saves at the near post.

A Surbiton long ball from the back found their striker who finished well into the corner to give them the lead.

On the right, Gupta was having plenty of joy carrying down the wing and creating chances for the Henley forwards and another couple of good saves from Heaver’s strikes meant Henley went into half-time 1-0 down.

Henley started the second half well with Gupta again causing more havoc down the right-hand side. But it was a quick free hit from player-coach Joyce into Foster who took a touch before half-volleying the ball on his reverse through the keeper’s legs to score his 13th goal of the season and level the tie.

With Henley on the front foot, the match was paused for five minutes when a 50/50 challenge between Mortimer and a Surbiton forward resulted in a bloody nose for the visiting player.

When play resumed Surbiton scored two quick goals to go 3-1 ahead. Henley clawed one back — a short corner flick from Foster was well saved but captain Taylor followed up on the post to smash home.

At 3-2 and only a few minutes to go, a short corner from Surbiton was duly despatched to put the game out of reach.