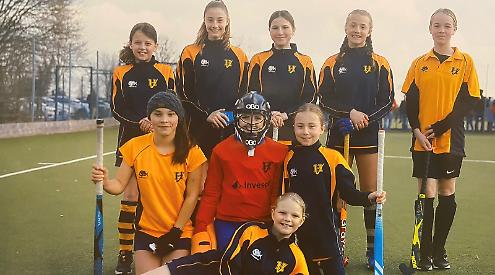 SUNDAY saw Henley take three sides to the Oxfordshire County Cup at Bloxham School, all with high hopes of progressing to the intensive final stages of the competition and on to the regional finals.

The U10 girls’ team got off to an excellent start with a 2-0 win over Bicester with goals from Piper Rey and Autumn Renshaw, followed by a 0-0 draw against Oxford Hawks and a 2-0 defeat to Wallingford.

After a break the team went on to a 1-0 win against Banbury, a 1-1 draw with Oxford and a defeat to Thame in the final match.

Henley U12 girls were solid in their pool matches from start to finish, winning each one convincingly, defeating Oxford, Thame, Wallingford and Banbury to reach the semi-finals.

A hard-fought semi-final saw them lose to Oxford despite having most of the possession in the first half.

Henley U12 boys got themselves off to a winning start with a 1-0 victory over Witney, followed by goalless draws with Thame and then Wallingford A.

The draws left Henley with a simple task, to win their last group game against Banbury and progress to the semi-finals.

A 1-0 win saw them line up against Oxford in the semi-final. But it was the opposition who prevailed.

The boys finished with the single defeat to ultimate winners Oxford, playing six, winning two, drawing three and only conceding a single goal across the six matches.