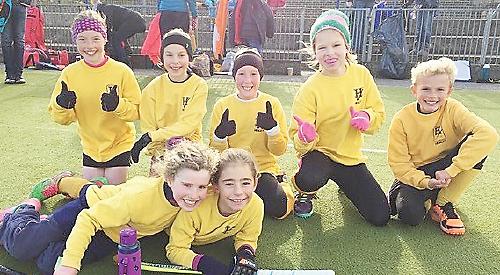 ALL three Henley U10s sides that competed in Sunday’s tournament at Maidenhead — the Hares, Herons and Hornets — recorded victories.

The Hornets made up of Edward Bowyer, Lilian Graham, Henry Roseff, Perdy Beard, Grace I’Anson, Ava P and Rose W, won against Maidenhead 2-1, Newbury 2-1, Newbury 2-0 and were just beaten by the Hares, 2-1, before winning their final game.