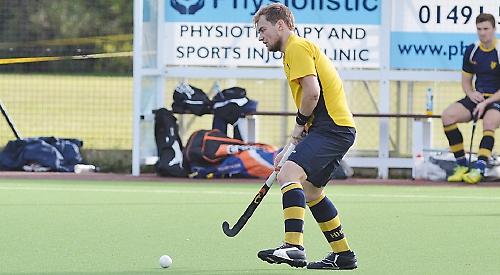 HENLEY let a one-goal lead slip as they lost out at home to Havant last Saturday.

After some tricky work down the right from Hibberd and Taylor, Gupta attempted a pass across goal but found the ball intercepted by the Havant goalkeeper who then knocked the ball off the baseline. Gupta smashed the ball into the goal from the resulting short corner to give the hosts the lead.

Havant equalised soon after when a long ball opened Henley up and some good skill from the visiting forward resulted in a short corner which was dispatched into the bottom corner.

The teams went into half-time at 1-1 with both goalkeepers making some superb saves.

In the second half Henley had some good opportunities to take the lead but could not find their way past the impressive Havant goalkeeper.

Havant were applying pressure of their own and went ahead with another well executed short corner. Despite some good saves from the Henley man-of-the-match Henry Emmett, Henley were unable to keep Havant out and they slotted two more goals in before the final whistle.

HENLEY 3rds’ six-game winning streak was brought to an end at Jubilee Park by Amersham and Chalfont 2nds.

The game started at a brisk pace and in the opening minutes Amersham looked increasingly dangerous as Henley struggled to cope with the visitors’ pace and distribution. The home side were also dealt a blow when midfielder Julian Herbert was sidelined through injury.

Regaining their composure and control Henley started to gain some traction. The midfield pieced together some incisive moves through the midfield to the youthful and pacey forwards. Following a fast break through Will Beaumont, Harry Wray opened the scoring from close range to take Henley into the lead. Amersham struck back quickly, seizing an equaliser shortly before the interval. Henley flagged in the second half while Amersham upped their work rate, with the obdurate defence proving difficult for the home side to break down. In spite of this, Henley managed to gain a series of short corners but were unable to convert.

As space opened up across the pitch, the visitors seized the upper hand, scoring two goals from fast breaks to beat goalkeeper Michael Cordrey. Amersham converted the few opportunities they created, whereas Henley were more profligate with their chances.

Amersham looked in control in the closing minutes as Henley counterattacked frenetically, the visitors running out winners in a hard-fought game.