High-flying county rivals have the edge in scrappy league encounter 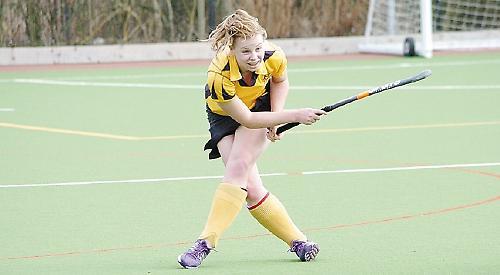 Undeterred by their opponents’ league standing, Henley got the match under way with strong attacks across the pitch led by forward and man-of-the-match Billie Moore going close to scoring for the hosts.

However, Witney caught Henley defence on a quick break, winning a penalty corner and converting the goal.

With the majority of possession, Henley won a flurry of penalty corners but Witney’s defence were on the ball and kept them at bay.

Quick play down the left hand side by Ellie Roseff, bypassing several Witney players, created an opening for the Henley side for Moore to send a ball across to captain Georgie Metcalfe who slotted home to level the scores.

The game became increasingly scrappy with several green and yellow cards dished out by the umpires.

Despite Henley’s best efforts to keep Witney out, the opposition scored again. Henley fought on to the final whistle but were unable to grab an equaliser. The result left Henley in eighth place in the table.