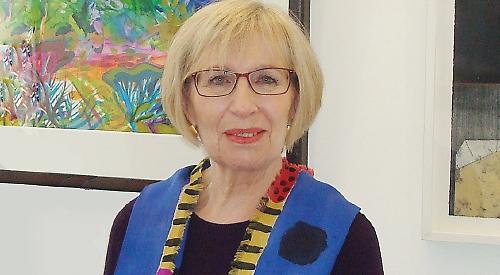 In the build-up to the awards ceremony on March 10, the Henley Standard is featuring the 15 from the Henley area who have been nominated in categories including sport, community, education, services, courage and young woman of achievement.

We begin with our five nominees in the business category. JAMIE PRESLAND reports

TIME for Tea is a vintage-themed tea service which holds pop-up events around the Henley area.

Charlotte Cavanagh, 33, started the business while working as a florist at White in Hart Street, Henley, in 2014.

She quit her job the following year because her new venture was becoming such a success.

The business, which has nine part-time workers, is based at a unit on the Fawley Hill estate.

It provides teas, buffets and vintage china hire for events and has appeared at the Thames Traditional Boat Festival in Henley, the Henley Show, Woodcote Rally and the Fawley Hill Steam and Vintage Weekend as well as catering for Hobbs of Henley’s river cruises.

Miss Cavanagh, from Harpsden, currently serves clients within about 50 miles of Henley but hopes to go further as the business grows.

This year she moved to larger premises, which she is currently renovating, and hopes to introduce a floristry area.

Last year she was a finalist in two categories at the Best Business Women Awards — best new business and best consumer business.

Miss Cavanagh said: “I feel very honoured to be nominated for the woman of achievement in business award.

“It gives us a fantastic platform to raise the profile of Sue Ryder and the importance of fund-raising.

“We feel the awards create a wider audience and bring awareness of how each of us can incorporate fund-raising into our lives to help others in need.

“We show our support by donating 10 of all profits from our summer events to Sue Ryder and hopefully inspire others to do the same for such a worthy local charity.

“I look forward to meeting other inspirational women and the Sue Ryder team at the awards ceremony.” 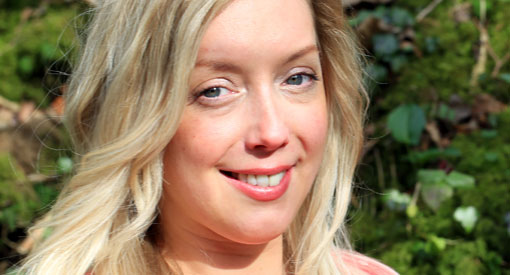 It was started by Aspen Weatherburn, of Albert Road, Henley, when she returned to her from London, where she had worked as a magazine journalist.

The business grew quickly as hundreds of dog owners took their pets there to have a haircut and doggy-style pampering.

Ms Weatherburn, 39, juggled the growing business with the demands of motherhood and also devised and helped run the Henley’s Top Dog competition in conjunction with the Henley Standard.

Ms Weatherburn sold the business earlier this month. The shop has been taken over by groomer Karole Robertson, from Ruscombe, and is being refurbished but will keep the same name.

Ms Weatherburn plans to take some time off to spend more time with her five-year-old daughter and help her partner, Alistair Cooper, launch his wine consultancy business in Henley.

She said: “I feel incredibly honoured to be nominated as a woman of achievement.

“The idea for Naughty Mutt Nice was born from my love of dogs but it has taught me amazing things about running a business.

“I am grateful for the new set of skills it has given me and the everyday challenges it created.

“Now I need to find a new passion after selling up but I will.

“I love working with people and I love a challenge. I feel lucky to be allowed to shine within such a supportive community.” 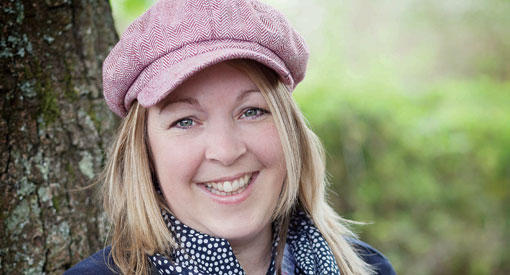 She travels around Oxfordshire, Berkshire and Buckinghamshire, taking pictures of weddings, family parties and commercial events.

Three years ago, she founded the Sonning Common Business Collaboration group, which meets regularly to offer support and guidance to small local businesses, and she is a member of the Henley Business Partnership.

She is also a director of the new Henley-on-Thames Food and Festival, which will take place in September.

She said: “It was a lovely surprise when I opened the letter to say I’d been nominated for this award. I was delighted and shocked in equal measure! I’m very grateful to whoever nominated me.

“When you are setting up a business you are just working hard to get established but it’s nice to get recognition. I’ve supported Sue Ryder over the years and I was asked to take photographs at the awards in 2015 but I was to be on holiday at the time.

“I will be taking my husband to the awards ceremony and I’m looking forward to it.”

THE Bohun Gallery in Reading Road, Henley, was opened by Patricia Jordan-Evans in 1973 and has grown to become one of the country’s leading art galleries for century and contemporary British art.

Ms Jordan-Evans also formed an association with artist John Piper, who became a good friend until his death in 1992, and Mary Fedden and her husband Julian Trevelyan.

When the River & Rowing Museum in Mill Meadows opened in 1998 she offered an exhibition of Trevelyan’s work, which she showed to the Queen at the opening.

Ms Jordan-Evans is also on the advisory committee for the museum’s John Piper gallery and curated an exhibition called John Piper and the Church at Dorchester Abbey to mark the Queen’s Diamond Jubilee in 2012.

Such is her influence, the Society of London Art Dealers offered her membership in the Nineties.

Ms Jordan-Evans said: “The nomination was totally unexpected, I still don’t know who put my name forward. I’m delighted to have 44 years and the achievement of operating a quality gallery outside London acknowledged. There are very few outside London that with the artists I’ve worked with.

“I have heard about the awards through the coverage in the Henley Standard and the charity is such a good one, which is vital for this area. I’m greatly looking forward to the ceremony.” 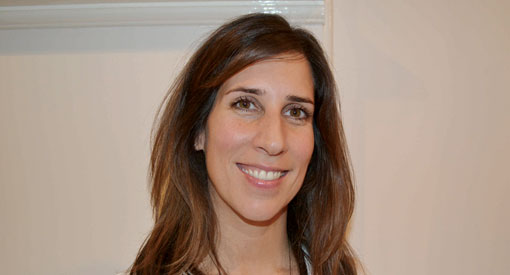 WOMEN Ahead is a social enterprise company designed to improve the prospects of women seeking careers in sport.

It was founded by Liz Dimmock in Wargrave in 2014 but moved to Hart Street, Henley, this month.

The company offers mentoring programmes where businesses can create partnerships with sportswomen. It works with athletes including England rugby player Maggie Alphonsi as well as bodies such as British Cycling, the Lawn Tennis Association, Santander, Google and Ricoh.

Among the staff are GB rowers Sarah Winckless, Monica Relph and Charles Cousins.

Miss Dimmock worked in consultancy, coaching and mentoring for 16 years before going solo.

She is also a keen athlete and in 2012 cycled the entire route of the Tour de France one week ahead of the men’s race.

She was named external coaching and mentoring person of the year at the Coaching at Work Awards and collected gold and silver at the Corporate Engagement Awards for the best collaborative approach, along with partner Ricoh UK.

Miss Dimmock said: “I’m delighted to have been nominated.

“I think awards like this are important to celebrate and showcase women who are committed to doing good work and sharing their stories to inspire others. They’re a really positive thing.”