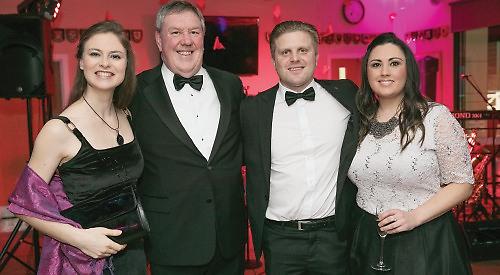 A DINNER raised more than £5,000 for The Henley College and Wasps Rugby Academy’s forthcoming trip to Japan.

The college is taking 30 boys to the Sanix World Rugby Youth Tournament, which runs from April 25 to May 6.

It has been invited by the RFU to be England’s representatives as the leading under-18 college in the country. About 150 people attended the black tie dinner and dance at Henley Rugby Club, which included an auction, silent auction and raffle.

Organiser Martin Unsworth, the college’s rugby manager, said: “Everybody had a wonderful time. I had written to about 50 businesses in Henley for prizes for our raffle and every single one responded positively.”