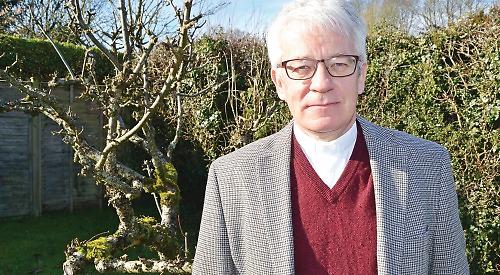 THE rector of Woodcote, Whitchurch and Whitchurch Hill has been made an honorary canon of Christ Church Cathedral in Oxford.

Rev Canon Kevin Davies, who is leader of the villages’ Langtree team ministry, accepted the role at the start of the year and was officially installed at an evensong service.

He was offered the post in recognition of his 15 years’ service to the ministry, which comprises the churches of St Leonard’s in Woodcote, St Mary’s in Whitchurch, St John the Baptist in Whitchurch Hill, St John the Evangelist in Stoke Row, St Mary’s in North Stoke, St Mary’s in Ipsden and St Peter and St Paul’s in Checkendon. From 2011 to 2016 he also served as area dean for Henley, covering 21 Church of England parishes across South Oxfordshire, including his own ministry as well as Goring, Harpsden, Henley, Sonning Common, Dunsden and Nettlebed.

He was the first point of contact for all issues to be raised with the Diocese of Oxford and helped churches appoint replacement clergy or find cover when people were ill.

In 2015, he had to find a replacement vicar for Kidmore End and Sonning Common following the retirement of Rev Canon Graham Foulis Brown and for Shiplake, Dunsden and Harpsden following the departure of Rev Paul Bradish.

Rev Canon Davies, 54, said he felt honoured by his new appointment but it would not affect his day-to-day duties. He may occasionally attend functions in Oxford and now wears the emblems of both the cathedral and the diocese on his ceremonial scarf.

Rev Canon Davies, who lives at the rectory in Checkendon, said: “It’s an honour to have been asked and I enjoyed going up to meet everyone at Oxford, although I don’t think it will change much in practical terms. My time as area dean was a busy one with quite a few pastoral crises so I imagine it’s mostly in recognition of that.”

Rev Canon Davies grew up in Kent and studied chemistry at Oxford University with the intention of becoming a scientist. However, he changed his plans after graduating.

He worked as a curate in Yorkshire, then as a priest in Cumbria before returning south in 2002 with his wife Emma. The couple have been married 27 years and have two grown-up children.

Rev Canon Davies said: “This is, without doubt, the best job in the Church of England. I’m fortunate to work with some absolutely wonderful people who are appreciative and grateful.

“We have some great schools and, having been here more than 10 years, I have seen babies I baptised grow up to become members of our Christingle choir and things like that. It’s such a joy.”