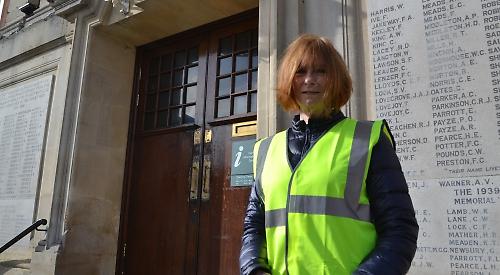 A FORMER member of Henley Town Council is bidding to make a return.

Joan Bland will stand for the Conservatives in a
by-election in May caused by the resignation of Dylan Thomas last month.

Mr Thomas, also a Tory, stood down from his Henley north ward seat after being appointed to a senior role in the civil service which means he can’t have any political affiliations.

Mrs Bland, who already represents Henley on South Oxfordshire District Council, stood down from the town council after eight years before the elections in 2015. She decided not to run to allow “new blood” to come through. She retained her district council seat, which she has held since 2008.

Mrs Bland, who owns Asquiths teddy bear shop in New Street,  Henley, said: “I think it helps being a town and district councillor because you get more information.

“I didn’t stand at the last election because I thought we needed new blood but the rest of the councillors think experience is important so they have asked me to stand again. I’m not the sort of person who makes a fuss, I just want to get things done. If something gets up my nose, I try to solve it.”

Dieter Hinke, chairman of the Henley Conservatives, said: “At the last election Joan said she wanted to concentrate on the district council but she has been missing her involvement with the town. She felt there were many things she wanted to be a part of.

“We have an extra 500 houses coming and that will cause many traffic and infrastructure difficulties, so she wanted to be part of that. She is the ideal candidate with her experience and wanting to be more involved with local issues.”

The by-election is likely to take place on May 4, when the Oxfordshire County Council elections will be held.

Nominations will formally open on March 27 and close on April 4.

Other political parties are yet to announce their candidate for the vacant seat.

Henley Residents’ Group leader Gill Dodds said the party had chosen its candidate but would not reveal who it was, saying an announcement would be made in due course.

Former Mayor Ken Arlett, chairman of the Henley branch of UKIP, said he was considering running.