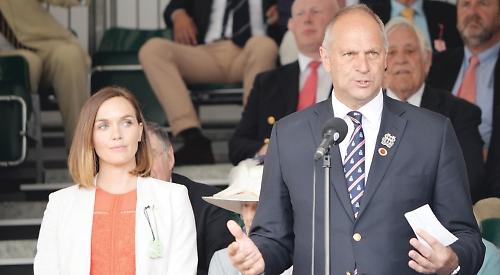 The 38th festival, which is a celebration of vintage and classic boats, will be held on Fawley Meadows in Henley from Friday to Sunday, July 14 to 16.

It features the largest display of traditional boats in Europe, the fleet of Dunkirk Little Ships, the Queen’s row barge Gloriana, amphibious and military vehicles and the Battle of Britain Memorial Flight. 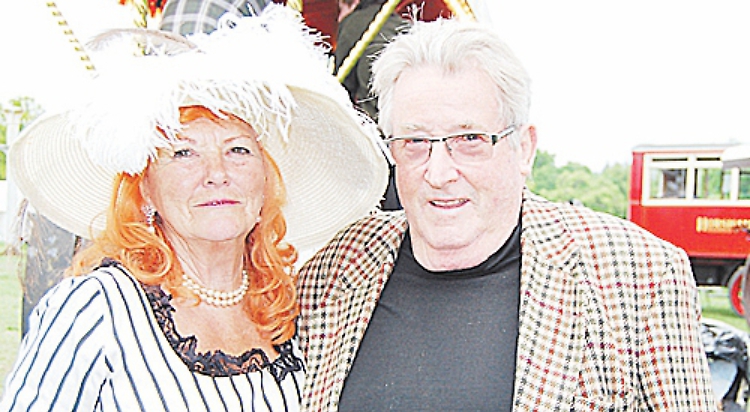 She said: “If such a giant of the rowing world shows his approval for this celebration of all things traditional in the world of river boating, we must be doing something right.

“Our vision is to make this Henley’s own annual celebration of its river heritage.

“When I first spoke to Sir Steve about growled, ‘we don’t like boats with engines’. I responded by wondering what powered umpires’ launches were and we giggled.

“Of course, the traditional include numerous man-powered craft from coracles and racing skiffs to fishing boats and, of course, Gloriana as well as beauties like the slipper launch we hope Sir Steve will enter this year. Thanks to the Henley Standard, we are accruing some keen volunteers to help us this year, though more are welcome, especially those who might be able to spare a few hours over the actual weekend to man the gates and check wristbands.”

If you have a beautiful traditional boat and have not entered it or you can help by volunteering, visit www.tradboatfestival.com

Meanwhile, this year’s Fawley Hill Steam and Vintage Transport Festival has been cancelled.

Lady McAlpine, who organises the annual May event, said it had become too much of a “burden” for her as she also chairs the boat festival and she and her husband Sir William McAlpine also host the Salvo fair in June. Everyone who had bought tickets has already been reimbursed.

Lady McAlpine said: “Last year I organised it all on my own with help during the set-up from our estate manager and some hefty lads and, of course, marshals over the weekend.

“However, my husband felt that having to do all the office work, marketing, ticket sales, website etc. was too great a burden for me, given that I was also organising the boat festival and quite a bit of Salvo. Given my age, he may well be right.

“I think the beastly weather last year also shocked him. We had never had bad weather for an event here and given that the star attractions — the traction engines — couldn’t run at all on it was very disappointing for a lot of people.

“Perhaps he feels our luck has run out. His argument is that he hardly saw me for three months!

“The sad thing, for me, is that for the first time I had really good offers of help for this year. I had some spectacular entrants booked and have had to refund a lot of ticket money. In other words, the event was just beginning to run itself.

“I am going to encourage those who have offered help so that perhaps we can make it work next year.”

Last year’s two-day event, which marked steam enthusiast Sir William’s 80th birthday, also featured racing camels, a world record attempt for the most Labradors in one place at once compered by TV presenter Ben Fogle and a visit by Prince Michael of Kent.

It was preceded on by the Rock on the Hill concert featuring DJ Mike Read and Elton John and Elvis Presley tribute acts.

The festival has raised thousands of pounds for various charities each year.