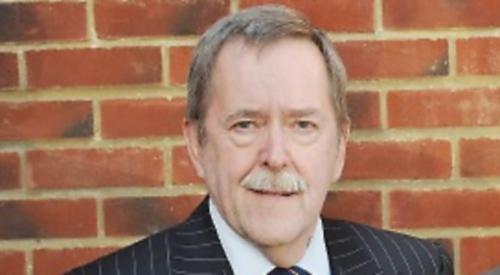 Martin Akehurst has stepped down from Henley Town Council following advice from his doctor.

Mr Akehurst, a former mayor of Two Tree Hill, had attended meetings sporadically due to health problems in the last two years and last month faced calls from fellow councillors to give up his seat.

He announced his resignation on Thursday, meaning a by-election will now be held for his seat.

In his resignation letter to South Oxfordshire District Council, Mr Akehurst said: “Following a recent set of investigations and a follow-up with an oncologist, I have been advised to suspend certain activities.

“Due to ongoing health concerns I am offering my resignation from Henley Town Council as a town councillor.

“I would like to give my thanks to fellow councillors, town hall officers and residents of Henley for their encouragement and support, and contacts at both district and county levels during a concerning time.

“I will continue to follow activities in Henley with great interest. We have a good spread of involvement and influence at town, district and county level which will be essential in the months to come.”

Mr Akehurst had previously said he had no plans to quit the council but reversed that decision following advice from his consultant.

He becomes the second Conservative councillor to stand down in a month, following Dylan Thomas, a former Army intelligence officer who resigned after securing a senior role in the civil service, which meant he could have no political affiliation.

Mr Akehurst said: “I would love to go back on the council and thoroughly enjoyed it while I was there but I think that after two years it’s enough.

“My colleagues have been extremely good and as much as I would like to give it another six months I think it’s time for me to stand aside and let someone else shoulder the burden.

“It’s not a decision I took lightly, my consultant and I have been looking at the situation for the last two years.”