'Despicable' driver who fled crash is banned and fined 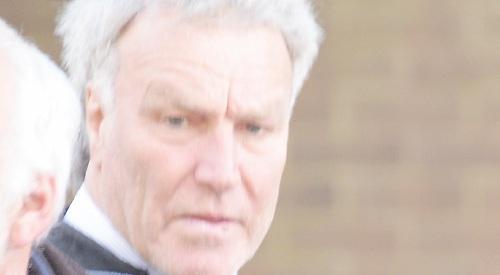 A MAN who crashed his car into another driver before fleeing has been branded “despicable” by police.

Graham Granaski, 66, from Satwell, left Matthew Webb badly injured in the collision on the B481 at Peppard on April 8 last year.

He was convicted of careless driving following a four-day trial at Oxford Crown Court but cleared of causing serious injury by dangerous driving.

Granaski, who had two previous convictions for driving offences, was banned from driving for 15 months, fined £1,000 and ordered to pay costs of £775 within six months.

Speaking after the case, Sgt Gavin Collier, the senior investigating officer, said: “This behaviour was despicable. In leaving the scene, he left a person, to all intents and purposes, to die or suffer without offering any help and was purely concerned for his own actions. That’s appalling by any standard.”

Pc Sandra Terry, who also investigated the case, added: “There was no regard for the victim or the family. If you are involved in a collision and think you can run off and get away with it, then hopefully this will send out the message that you can’t.”

Sgt Collier said the case highlighted a gap in the law as there was currently no offence of causing serious injury by careless driving.

During his trial, Granaski admitted driving his Peugeot 206 into the wrong lane of the B481 near the former Dog Inn and colliding almost head-on with Mr Webb’s old-style Mini.

The court heard the crash happened only minutes after an altercation between Granaski and van driver Martin Fullick when he pulled out of a layby outside the former pub to rejoin the main road.

He fled the scene and witness Lynne Lambourne gave evidence saying an injured Granaski walked down her driveway towards her house before disappearing.

Mr Webb suffered a fractured right hip and spent five hours having surgery in hospital. He was unable to walk for about two months after the crash.

Granaski claimed he left the scene because he had “panicked” but the court heard he waited 22 hours before calling the police.

A jury of six women and five men took five hours and 45 minutes to reach its verdict to which the defendant stood up, raised both his hands and repeatedly thanked them before adding: “I’m so sorry for everything.”

Recorder Rhona Campbell told him to be quiet and sit down.

Passing sentence, she said Mr Webb had done nothing wrong but because of Granaski he was “severely and significantly injured”. She said: “He was trapped in the car and had to be cut out by emergency services. His hip was badly fractured so that he was in hospital for weeks.

“We’re nearly a year on and he can’t run and it’s still painful at night and he’s not fully recovered from that.”

The recorder said she accepted that Grananski was not gesturing or swearing at Mr Fullick as he pulled out of the layby but added: “This can’t have been a momentary lapse or you would have seen the Mini.

“You veered off to the side and you crashed into the car you hadn’t seen. I accept, by the jury’s verdict, as the reason for that is that you were distracted by the actions, which would have been intimidating, by Mr Fullick.”

But she said he could have “extracted” himself from this earlier.

“It was within the situation of increased agitation and emotion that the offence occurred,” said the recorder.

“After that you didn’t go and help Matthew Webb, you ran away. People at the scene described whether they didn’t know whether he was alive or dead and neither did you. It seems to me that this is a case that warrants disqualification from driving due to the severity of the offending.”

The court heard Granaski had previous convictions for driving while disqualified in 2002 and driving with excess alcohol, for which he had received the ban, in 2000.

Martin Hawkes, for Granaski, said he had been selling cars until last April but he was now retired and received a pension of £150 a week.

He needed to be able to drive as his home was two to three miles from any shops and he had two dogs.