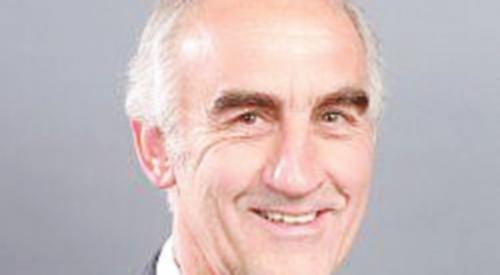 A FORMER Henley mayor is bidding to make a comeback on the town council.

Ken Arlett is to represent Henley Residents’ Group in the by-election next month caused by the resignation of Conservative councillor Dylan Thomas in February.

The 68-year-old, who lives in Elizabeth Road, was a founding member of HRG when it was set up in 1989 and spent 15 years on the council, serving as mayor in 1991. He stood down in 2007 to concentrate on his work as a builder and other business interests.

He then joined the UK Independence Party and stood for election to Oxfordshire County Council in 2012 but was unsuccessful. He was chairman of UKIP’s Henley branch from 2013 until February this year and resigned from the party altogether two weeks ago in order to rejoin HRG.

Mr Arlett said he felt the need to return as he was unhappy at how the town was being run by the ruling Conservative group.

He said: “I suppose I am now more of a frustrated resident but I feel I am better going with a group of people rather than doing it on my own.

“In retirement I thought I should do a bit more gardening but I got a little bit lonely, hence I have been going to a lot more council meetings.

“I have got time now and I have got the energy that I didn’t know I would have at 68. I think I have got a lot to offer the town council.”

Mr Arlett was interviewed by the HRG executive committee before being chosen as the candidate for the Henley North ward.

He said: “I have met a lot of new people that HRG have got and I probably shocked them with the type of person I am but I feel comfortable with them.

“I don’t want to waste the 15 years I spent with the party to see things we worked for just drift away.

“I think I can add something. I have got the experience, which I think could be handy.”

Mr Arlett, who was born and educated in Henley, is married to Dorothy and has two grown-up sons, Scott and Dan.

He says his priorities for the town include improving air quality, reinstating deep cleaning of the streets, helping fund the local bus service, reducing the number of heavy goods vehicles in town and fighting to keep the current numbers of police community support officers.

But he is most passionate about implementing the joint Henley and Harpsden neighbourhood plan, having been on one of the groups that helped develop it.

Mr Arlett said: “I am a big believer in affordable houses for local people. Now is an absolute prime time to push that.”

Mr Arlett will be up against Joan Bland, a Conservative who has also been a town councillor previously and still represents Henley on South Oxfordshire District Council.

Councillor Thomas stood down after taking a new job in the civil service which required him to be politically neutral.

The by-election will be held on May 4, the same day as the Oxfordshire County Council elections.

There will also be a by-election in Henley South ward after it was vacated by former mayor Martin Akehurst, a Conservative who resigned on health grounds last month.

The Conservative candidate is businesswoman and mother-of-two Yasmina Siadatan, who won the BBC's The Apprentice in 2009, while HRG will be representesd by Glen Lambert, a father-of-two who works in IT. He stood for election in 2015 but was unsuccesful.