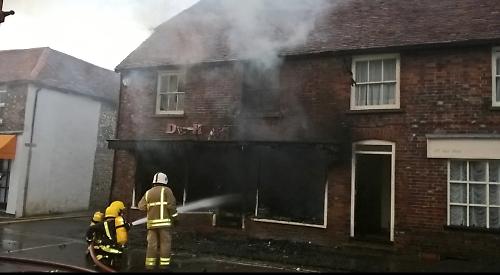 MORE than 50 firefighters battled a fire at a homeware shop in Watlington last night (Friday).

Crews from Oxfordshire and Buckinghamshire were on the scene until the early hours after they were called to a fire at DG Homecare, in High Street, at about 7pm.

Flames could be seen coming out of the shop’s frontage where the windows had been smashed from the heat. 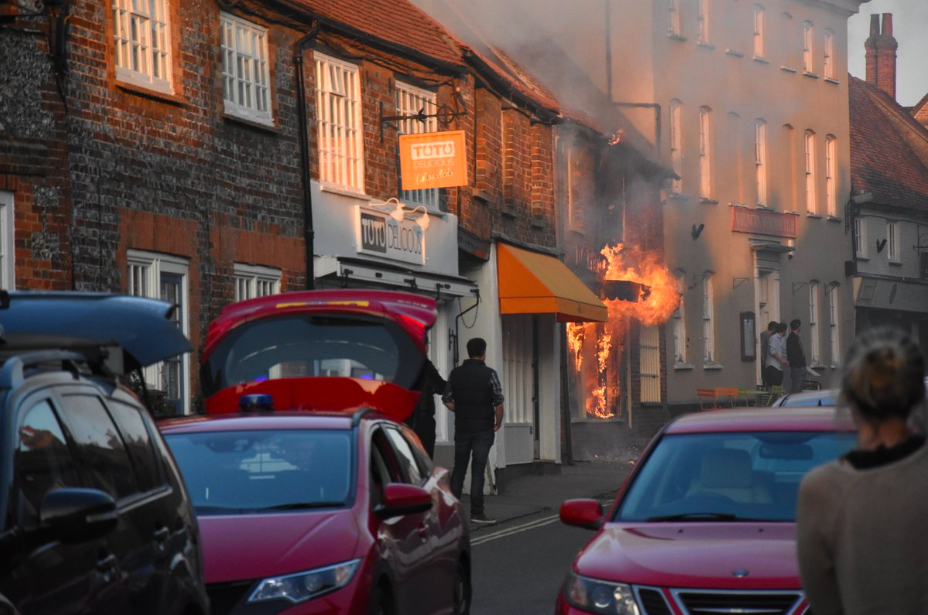 Marcus Reay, incident commander, said: “I was very proud of my firefighters who worked tirelessly to bring the fire under control, in hot conditions using breathing apparatus, ladders and hose lines, in getting water onto the fire to stop it spreading.

"They worked tremendously together as a team and everybody put in a great deal of effort. Fortunately there were no casualties”.

Police cordoned off the area while fire crews tackled the blaze. 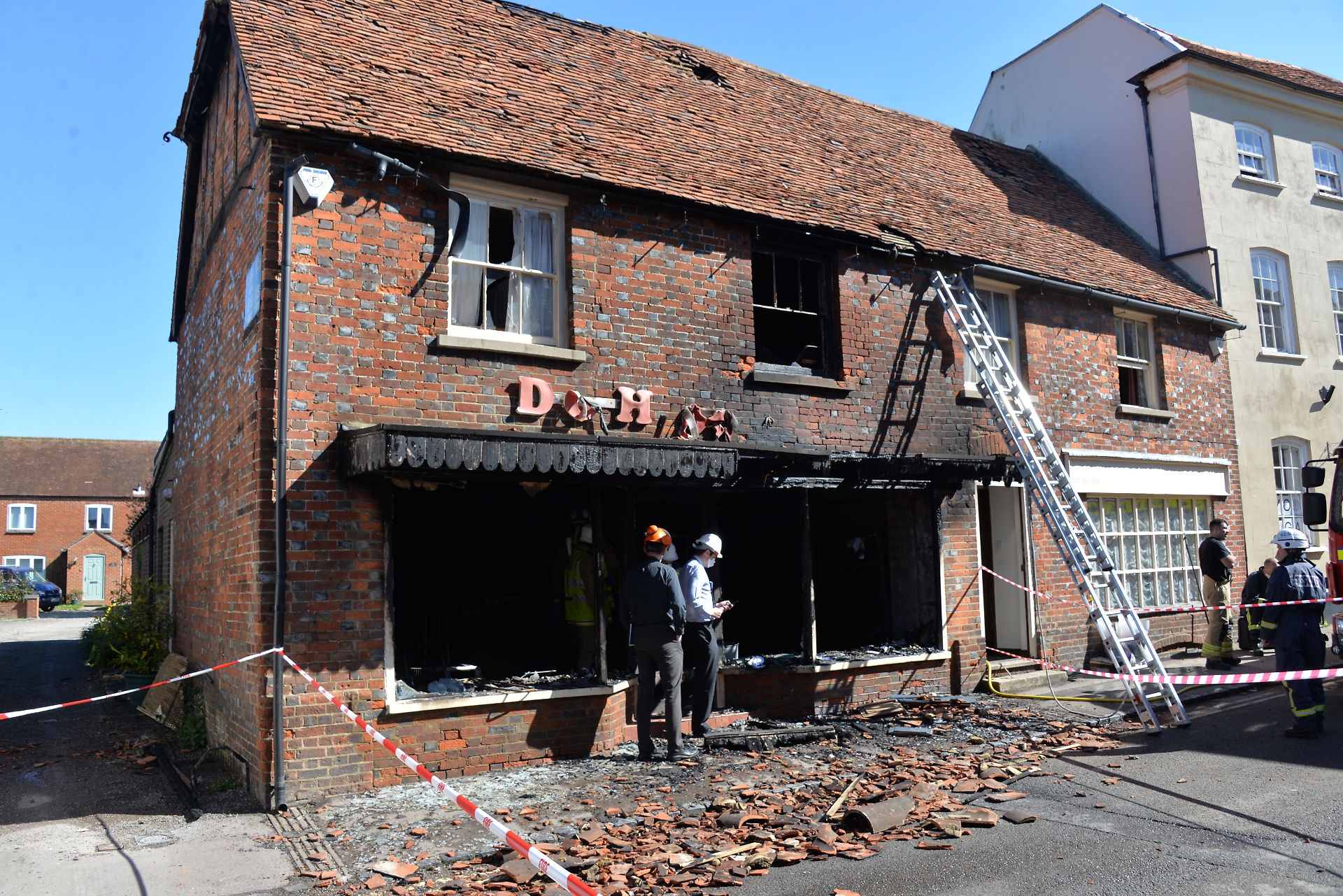 Police have said High Street will remain closed for most of today (Saturday).

The incident is now being investigated by the fire service and the police.