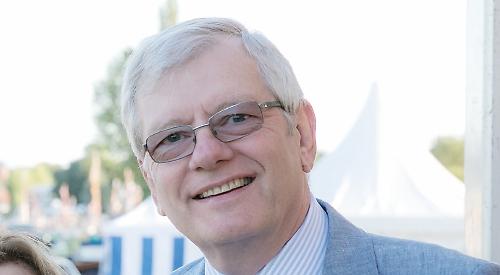 THE managing director of Higgs Group, publisher of the Henley Standard, has stepped down after 22 years.

Neil Ratcliffe will remain with the company as deputy chairman and chief executive.

He is succeeded by commercial director Nigel White.

Mr Ratcliffe, who lives in Shiplake, joined Higgs in 1995 and helped expand the company’s printing operation as well as overseeing the purchase of similar businesses in Wallingford and West London.

He said: “I count myself very lucky to have joined Higgs. This is a great company employing mainly local people, many of whom have worked with us for decades.

“In that time we have had our ups and downs but I am pleased that throughout the company has enjoyed continued success.

“The printing industry has seen many changes and it is our continual investment in the latest technology which enables us to thrive while others have not fared so well.

“I am very proud to have been at the helm of the Henley Standard, which I believe is a great local newspaper.

“Over the years I have been approached on several occasions by business leaders in neighbouring towns and asked if we could produce a version of the Henley Standard for them, which is quite an accolade.

“I am also proud that henleystandard.co.uk is the most successful news website in the area.”

Mr White joined Higgs in 2013 and moved with his family from Widnes to Sonning Common.

Mr Ratcliffe said: “I am looking forward to handing over day-to-day responsibility to Nigel.

“I know that he will look after the company and its customers with the same caring ethos and that under his guidance the successful culture will continue.

“This will enable me to seek out further acquisition opportunities and therefore support Nigel in the pursuit of continued long-term growth of the company.”

Joint chairmen Stephen Luker and Julie Smith said: “The board of directors and shareholders would like to congratulate Nigel on his appointment as managing director and wish him every success for the future.

“The board would also like to express their gratitude to Neil for managing the company consistently successfully for so many years and wish him well in his new role.”