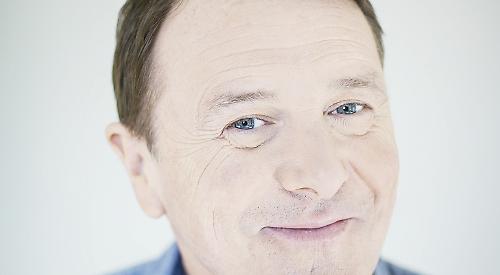 The 11th annual festival will feature more than 150 talks, Q&As and performances for adults and children during the week of October 2 to 8.

Murray will be looking back at the journey she and sons Andy and Jamie took from the community tennis courts of Dunblane to Wimbledon and beyond, while Patten will reflect on a career that has included serving under Margaret Thatcher and John Major, chairing the BBC Trust and being the last governor of Hong Kong.

England cricketer turned Question of Sport star Tufnell makes his first appearance at the festival as does TV presenter June Sarpong with her much-anticipated book Diversify.

Armando Iannucci, creator of The Thick of It and Alan Partridge, reveals his love of classical music, while Sophy Ridge, who presented last week’s election coverage for Sky News, will discuss her book The Women Who Shaped Politics.

For younger readers a Charlie & Lola event will take place at the Kenton Theatre. The duo’s creator, Lauren Child, a festival speaker in 2015, was last week named Children’s Laureate.

The festival will also be hosting two proof parties — each featuring three highly regarded new writers and exclusive copies of their books to be published for attendees.

The Wildfire proof party will take place on the Hobbs boat Hibernia, while the Faber & Faber event will be at Stonor Park. Programming director Tom Ryan said: “We are really pleased with what is both our biggest and — we think — best line-up yet, ranging from debut novelists and sports stars to top children’s authors and political figures of all stripes.”

Brand, who lives near Henley, will discuss his new book Fix: Freedom From Your Addictions at the Christ Church Centre on October 6.

Tickets go on sale to Friends of the Festival on July 11 and on general sale on July 17.