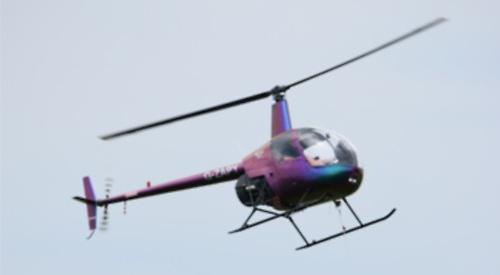 A HELICOPTER pilot from Henley has won an aeronautical competition.

One involved flying with a bucket of water suspended from the helicopter, which they had to pass through gates as quickly as possible, with points being deducted for spilling water or missing a gate.

The other involved dunking a buoy suspended from the helicopter into barrels at different heights.

Mr Barklem, who became the world’s youngest helicopter pilot as a teenager, said: “It was pretty tight between us and one of the other crews. It was a neck and neck and we had a huge adrenaline rush afterwards.”

The competition was also a world cup event featuring teams from Britain, Austria, Belarus and Russia, which was won by the latter.

Mr Barklem, who works as a sales executive in London, learnt to fly in his father Nigel’s Robinson R44 helicopter. Now he has a commercial pilot’s licence and is also an instructor as well as competing from the British team, which is captained by Mr Monks.

He said: “I work in London until mid-afternoon and then I’m flying, which is great but means I’m extremely busy.

“I’m now aiming for the world championships next year in Belarus. We are trying to win that one!”