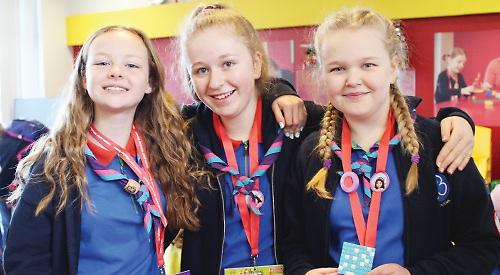 THREE guides from Wargrave raised more than £130 to help people in Asia and Africa without proper sanitation.

Miranda Brown, Charlotte Norman and Chloë Bradford, all 13, held cake sales at meetings of 1st Wargrave guides, to which they belong.

The girls donated the proceeds to Toilet Twinning, a charity which provides hygienic toilets and clean water to people in poverty-stricken areas of the world.

The two toilets at the guide hut in East View Road were “twinned” with new ones in Uganda and Bangladesh at a cost of about £60 each.

Guide leader Amber Owen said: “The girls are helping to do something about the 2.4 billion people who don’t have somewhere safe and hygienic to go to the loo.

“The challenge was part of their Baden-Powell Award, which is the highest award a guide can achieve. They have almost completed it and will be organising an international evening for the guides this term before finishing by going on a residential weekend.”