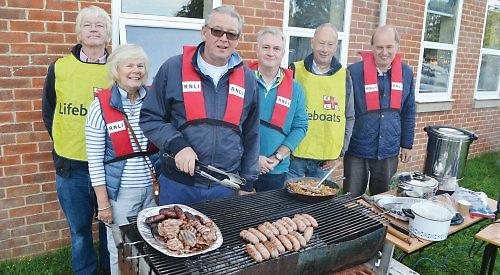 HUNDREDS of people attended a car boot sale in Wargrave to raise money for the local branch of the Royal National Lifeboat Institution.

More than 70 sellers set up stalls at the Piggott School in Twyford Road from 8am on Sunday, offering goods including children’s toys, tools and glassware.

There was also a barbecue manned by members of the branch offering hot food to buyers and sellers.

The event, which is organised by the charity every year, raised £1,348.

Paul Blair, chairman-elect of the Wargrave, Twyford and district branch of the charity, said: “We are pleased. There was a great turnout, the weather was with us and the rain held off until we had all gone home.

“The general conversation we had with people was that they were keen to support the charity.

“There was a lot of interaction between the sellers and lots of families, so a good day.”