Garden produce and home-made jam on offer at food swap 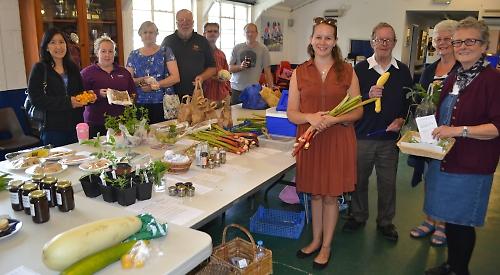 THE organiser of a food swap event in Henley says a change of venue has helped increase its popularity.

The latest Apples for Eggs event was held at TS Guardian, off Wargrave Road, under the guidance of founder Jessica Hayes. It was previously held at the Local Larder shop in Wargrave until that was forced to close earlier this year.

They brought garden produce and home-made items, including marrows, rhubarb, potted herbs, muffins and jams, which they swapped with each other. Everything had to be worth about six eggs and no money was allowed to change hands.

Mrs Hayes, who lives in Henley, said: “It went really well. We had lots of people again and everyone left very happy. Because it’s now closer to Henley it’s more accessible for people to walk or cycle to.”

The next food swap will be held at the same venue on Saturday, October 28 from 10.30am to noon.