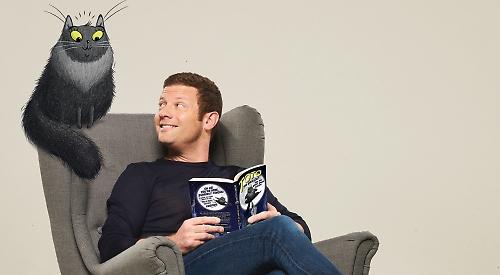 Today will see Henley naturalist and palaeontologist Professor Richard Fortey speak about his book The Wood for the Trees: A Long View of Nature from a Small Wood, which documents a notional year in the life of the woodland.

Writer and broadcaster Melvyn Bragg will also appear on the opening day and speak about his book The Most Dangerous Man in England.

Local celebrities at the festival include Russell Brand and Mary Berry, while it will also feature former Pakistan PM Shaukat Aziz.

X Factor host and radio presenter Dermot O’Leary is also promoting his debut children’s book on the final day of the festival.

Politics will be on the agenda for events with Ken Clarke, Polly Toynbee, Vince Cable, Bonnie Greer and Chris Patten while the children’s festival will feature Children’s Laureate Michael Morpurgo and broadcasters Clare Balding and Greg James.

Events will be held at venues around the town including the town hall, Phyllis Court Club, the Kenton Theatre, the Christ Church Centre, Stonor Park, the festival marquee in Market Place and Hobbs of Henley boat the Hibernia.