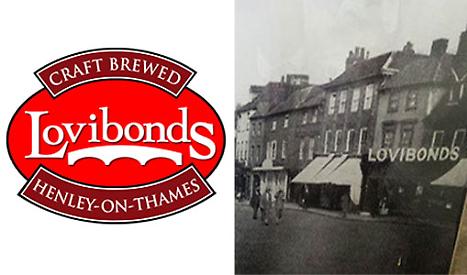 RESIDENTS and town councillors have vowed to fight plans to turn a Henley brewery, which first came to the town more than 100 years ago, into flats.

An application has been submitted for the change of use of the rear part of Lovibonds, in Market Place, to create seven one-bedroom flats.

It would see the demolition of the existing lean-to brewery shed and retail storage building, as well as work to the existing shop to remove existing internal walls and stairs.

But the proposals have sparked concern among residents who have launched a ‘Save Lovibonds’ campaign on Facebook which has been supported by about 300 people so far.

Lovibonds Brewery Ltd was formed under the management of Jeff Rosenmeier in 2005, but its history in the town dates back to 1916.

Councillor Glen Lambert said the council’s planning committee should fight the plans saying it was an important community asset that should not be turned into flats.

He told a meeting this week: “The Lovibonds name has been in Henley since the 1920s if not earlier. I’ve visited the brewery many times because it’s more than a brewery, it’s a community facility.

“The owner of the business is very highly engaged with the community and is always open to allowing his facilities to be used for various different things.

“If you’re expanding the town by hundreds of homes, as we’re having to do, it makes no sense at all to take away town facilities – we want to expand the town centre, not contract it.”

Members agreed to object on the grounds that it was changing the fabric of a listed building and in the conservation area.

A design and access statement said that the application site currently benefited from planning and listed buildings consents for the change of use of the first floor offices and conversion of the existing residential accommodation at the front of the site, into two one-bedroom and two two-bedroom flats.

These were now of “questionable viability” though given the extensive work required to restore the listed building to a sound condition.

“As it is considered necessary to extend the proposals to create additional dwellings on the site to improve the viability of the scheme,” it added.

For the full story see next Henley Standard.