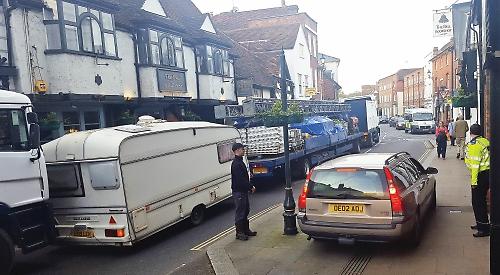 A MAIN road through Henley town centre was closed for more than hour on Wednesday afternoon a truck broke down due to a clutch failure.

The vehicle, which was part of a convoy of trucks, cars and caravans belonging to Circus Starr, a not-for-profit circus troupe based in Cheshire, was stranded in Bell Street near the junction with New Street.

Police closed the road between the junctions with Hart Street and New Street, which caused tailbacks on White Hill and Wargrave Road. Traffic was diverted via Market Place and King’s Road.