Bangs and bangers on bonfire night 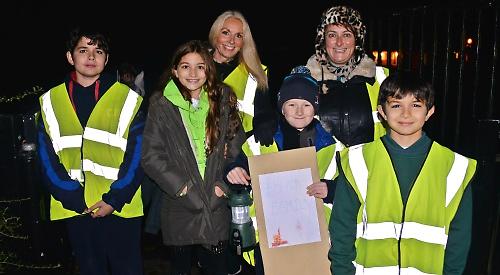 ABOUT 2,000 people attended a fireworks display in Wargrave organised by the village’s scout group.

The event took place at the recreation ground, off Recreation Road, on Saturday evening.

Spectators were offered burgers, hot dogs and mulled wine to enjoy around the giant bonfire and the scouts sold glowsticks and glow-in-the-dark necklaces to children.

The village firefighters were there with an engine offering information to visitors on fire safety.

Scout leader Pete Fry said: “Every year the 1st Wargrave Scout group, which includes beavers, two cub packs and the scouts, organises the fireworks as an open event for the whole village. It’s not a ticketed event — we operate on the basis of a suggested donation on entry which we have purposefully kept at a reasonable ‘at least £5 per family’ to be as inclusive as possible.

“Most people attending give more as I think it’s known that each year the gate monies are used to buy the next year’s fireworks, with any surplus along with the profit from the food and drink sales going to fund the group’s activities. Although it takes a good deal of organisation and hard work by the group’s executive committee, leaders, parents and everyone involved gets a lot out of hosting such an enjoyable evening. The concept of service and community is an important part of scouting.”

The day centre for children with special needs held the event for clients and members of the public.

A bonfire was lit in the middle of the site for visitors to sit around, while hot food and drink was available inside the centre. Children could play in the adventure playground and on equipment including toy trucks.

The fireworks, which were provided by Neville Burbage of Starfield Fireworks and sponsored by Henley investment firm Courtiers, were set off from a nearby field. A “quieter” display was held the following day for the families of children who don’t like loud noises.

Fund-raiser Annabel Hill said: “It was absolutely fantastic. We had more families than ever for the public display and we sold out for the quiet one on Sunday. It’s not so much about fund-raising as providing a service to our families. The kids had a fantastic time.”