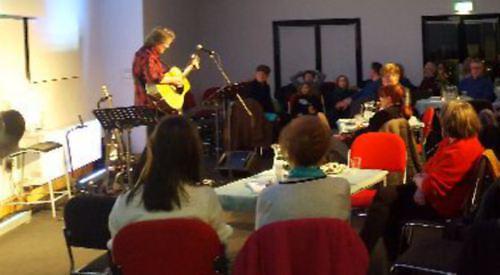 SINGER Bryn Haworth was the surprise act on night 17 of this year's Henley Living Advent Calendar.

He performed a number of festive classics to an audience of about 75 people at the D:two centre in Market Place on Sunday.

Mayor Kellie Hinton welcomed the audience before handing over to Sue Prior, funding co-ordinator and family support worker at the Nomad, which is based at the centre.

She spoke about the work of the youth and community project before Roger Cole, pastor at the Henley Baptist Church, introduced the night's performer. He also presided over the nightly raffle.

Organiser Richard Rodway added: "D:Two on the Sunday before Christmas has become something of a Living Advent tradition. It really feels like the start of Christmas week".