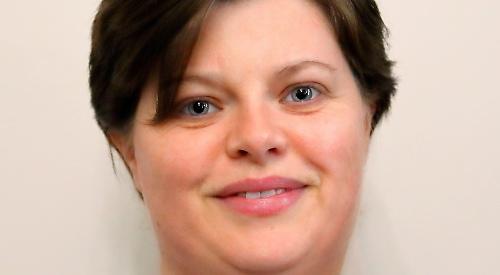 A COMMUNITY campaigner will stand for Henley Residents’ Group at next month’s town council by-election.

Paula Isaac, 38, is chairwoman of Gainsborough Residents’ Association, which she founded in September 2013 with David Eggleton, who has since become an HRG councillor.

She says her priorities are helping to provide more affordable housing in the town and family facilities.

HRG will be hoping to tighten its grip on the council after winning two by-elections in May and then taking back control at mayor-making.

Mrs Isaac lives in Gainsborough Road with her husband Rob and three children, Kayleigh, Keri, and Jamie, and works as a teaching assistant at Badgemore Primary School.

She said: “HRG members roll up their sleeves and get involved within the community across a wide range of organisations vital to Henley. It really listens to residents and tackles things voters care about.

“Having lived in Henley for 33 years, I love this beautiful and friendly town. With three children, I feel it is important for them to grow up in a strong and caring community.

“This is why I became involved in my local Gainsborough estate community, co-chairing its residents’ association. As it grew in popularity, we became more involved in wider town issues like the Henley Skatepark Initiative.

“Consequently, I was introduced to Henley Residents’ Group and loved its ethos and independence of national political parties. It consists of residents who care about Henley and its best interests.

“Issues important to me as a local mum are providing affordable housing to avoid division in our community, providing more community family facilities, increasing support for residents of all ages who have mental health issues and supporting residents who want to get involved in their own local communities.

“I have a long track record of serving the local community and my work at Badgemore school means that I am involved with lots of local families and have a true insight into issues that people in the town face.”

Mrs Isaac will be standing against Donna Crook for the Conservatives and Jackie Walker for Labour.