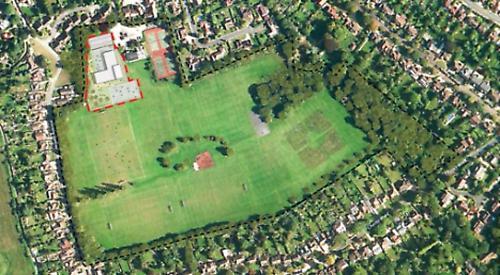 A PROPOSAL to build a new primary school on Mapledurham playing fields in Caversham has been overwhelming backed in a public consultation.

Reading Borough Council carried out a 10-week public consultation on the choice of the site off Woodcote Road by the Education and Skills Funding Agency (ESFA) to build the new Heights Primary School, which is currently based in temporary accommodation in Gosbrook Road.

The agency has said it will provide £1.36million to improve leisure facilities on the playing fields in return for a 125-year lease on 1.2 acres of the 25-acre site.

Of the 3,045 responses from beneficiaries – residents of the parish of Mapledurham and the borough of Reading -  2,705, or 82 per cent, supported the view that investing the £1.36m into the ground would improve its amenity value, even with the loss of open space to the school.

A second proposal called Fit4All was put forward by the Mapledurham Playing Fields Foundation (MPPF), which doesn’t want the school built and instead wants to lease the fields for fund-raising purposes.

The results of the consultation will be considered by Reading Borough Council’s Mapledurham playing fields trustees sub-committee at a meeting on January 9.

The headline figures are:

• 82 per cent of responding beneficiaries considered that the ESFA proposal was likely to enhance the amenity value of the ground for use by its beneficiaries, even when taking into account the loss of amenity value arising from the grant of a lease to the agency

• 84 per cent supported the trustees taking steps to impose a legal restriction on the remainder of the ground to limit its future use to recreational purposes.