Hundreds of children at charity concert 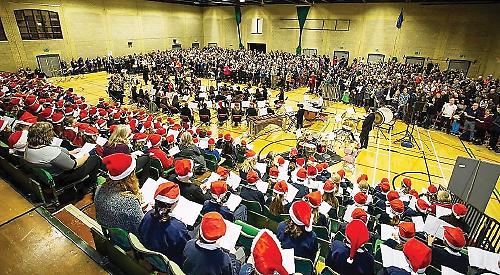 They were among hundreds of children from 23 schools across the borough at the event at Loddon Valley leisure centre on December 10.

All proceeds will go to the mayor’s chosen charities, an initiative called Cancer Champions run by support group Involve and the Royal Berkshire Hospital support group.

Cllr Stanton said: “I was diagnosed with cancer three years ago and the care I received was superb. I am delighted that the money raised will go towards enabling the support group to continue their top-quality cancer care.”