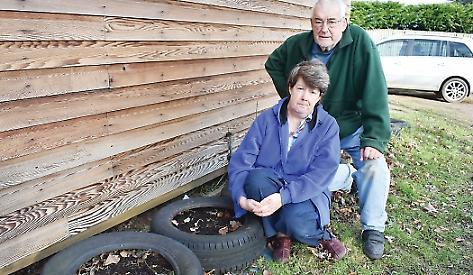 THIEVES have stolen 70 primroses planted by beavers in Shiplake.

The colourful flowers were pulled out of their tyre planters outside the scout hut in Shiplake Row sometime between Tuesday last week and Sunday.

The theft was discovered by Ernie Povey, chairman of the 1st Shiplake scout group.

He said: “I came up on Sunday at about midday because I wanted to fit a door closer. I noticed one of the tyres had been upended.

“All the primroses had been nicked, bar two or three scrabby little ones. I was totally gobsmacked. I just felt sick to my guts that some low life could be so mean.

“It’s a total shame to even think there are people out there who want to spoil things for kids. I just can’t believe it — somebody must be really hard up to pinch primroses.”

His daughter, Debs Boughey, who is group scout leader, said: “The beavers were very upset to discover the flowers had been taken. 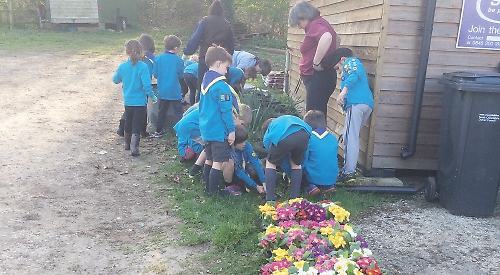 “We were almost at a loss on how to answer their questions about why someone would take them.

“We explained that although we were very sad that they had gone, maybe the thieves didn’t have lovely gardens and needed some flowers.”

The primroses, which were donated by the Wyevale Garden Centre in Playhatch, were planted by the children in March last year.

Mr Povey, 73, who lives in School Fields, Shiplake, said he was now planning to install a CCTV system at the scout hut to deter vandals.

He said: “You’ve got to protect yourself. I had wanted to put a single bar gate there with a combination lock to stop people driving in but the Sonning Common walkers come in once a fortnight.

“I’ll replace the flowers once I’ve got CCTV up. There’s absolutely no point in replacing them now because somebody will probably come back and whip them again.”

It is not the first time vandals have targeted the scout hut, where more than 40 beavers, cubs and scouts meet.

A year ago, intruders flooded the premises after breaking in by smashing a lock and them left the taps turned on.

The break-in happened over a weekend but was not discovered until Monday evening when beaver leader Kaeti Martin went to the hut to prepare for a group meeting and found the floor was heavily soaked.

Mr Povey provided a dehumidifier to help dry out the hut.

He has reported the plants theft to the police. Anyone with information should call the Thames Valley Police non-emergency number 101, quoting reference number 431 800 13689.