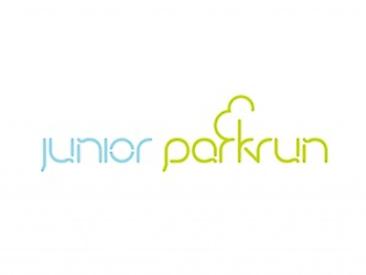 A PROPOSED children’s fun run in Henley is set to be moved because elderly residents were said to be “terrified” at the prospect of it taking place near their homes.

The organiser of Henley Parkrun, which has taken place at 40 Acre Field every Saturday morning since July, has proposed the new event at Freeman’s Meadow, off Fair Mile, because the adult course isn’t appropriate for young children.

But town councillors say residents of nearby streets was worried about the excess noise and traffic that the event would generate and other venues should be considered.

The issue was first raised at a meeting of the town council’s recreation and amenities committee.

Councillor Sarah Miller, who chairs the committee, said: “I would want to go and ask the people who live around Freeman’s what they think. It’s an elderly area and I’m concerned about the noise and parking. Can’t we keep it where it is and do one lap?”

Councillor Sam Evans said: “We have talked to the residents around Freeman’s and they were terrified by the prospect of noise.

“We spent months trying to find the right venue for the adult Parkrun but I would go back and look at Dry Leas, where there’s parking and a café and it’s safe.

“Because the children’s run is a shorter event there are other venues we can look at.”

Mayor Kellie Hinton said she had marshalled at the adult event and the course had been deemed unsuitable for children under eight because it has steep hills.

But Councillor Ian Reissmann said: “I understand the concerns of the residents around Freeman’s but one thing we’ve noted is a lack of events and involvement by people around the park compared with, say, Gainsborough.

“This will help people in the area appreciate the facilities they’ve got. I’d like to try to make this work. There is a Freeman’s residents’ group and I’d like to make sure we don’t rule this out because there are lots of benefits to getting the community more involved with the facility.”

Cllr Evans said the roads around the meadow were less tightly-knit than around the Gainsborough estate so it was unfair to compare the two.

She said: “They are all very different roads and you are trying to bring them all together to create a group.

“They have started communicating as a group and it is encouraging what they have achieved. It’s going to be slower because Gainsborough is like a unit with its layout.

“They have got very genuine concerns about this and I agree with them.”

Cllr Miller added: “It’s a completely different age group to Gainsborough and we’ve got to be mindful of what they want.”

On Friday, members of the council’s open and green spaces sub-committee agreed that another venue would be better.

They heard that the Friends of Freeman’s Meadow had carried out a survey of residents and half of the respondents were opposed to the idea. The Friends said while they supported exercise initiatives for young people, they thought there were better places to hold the run.

Parkrun comprises a 5km run or walk around the perimeter of 40 Acre Field, setting off at 9am.

The runners take on two loops of the course, which also includes a short out-and-back section of the Pack and Prime Lane bridleway and a steep hill.

Last month, Parkrun also held a Santa fun run, which was supported by the town council instead of staging its own run, which it had done in previous years.

“In setting up the adult event it was very helpful and identified the location we have now. We will work together over the coming months to explore the feasibility of a 2km parkrun for children.”