Salsa dancer helps prove it's good for you 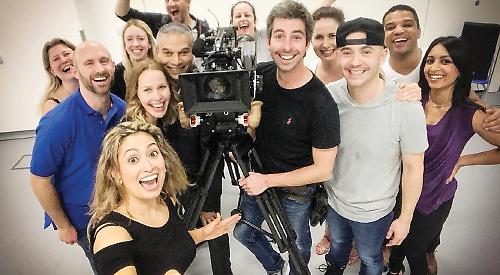 A SALSA teacher from Shiplake appeared on a new television series on Wednesday.

Jennifer Benavidez-Glasspole was featured in The Truth About… Getting Fit, teaching medical journalist Dr Michael Moseley how to do the salsa.

The BBC programme was part of a series which examines our health issues, including food and sleep. Mrs Benavidez-Glasspole, who runs the Salsa Bachata Social Club, was part of a team of dancers who were filmed in action at Coventry University and the effects on their brains recorded.

She said: “I have always known that dancing salsa is good for you but when I heard the findings reveal how much I was shocked. I really hope once people see the science behind salsa they will try a dance class.” Mrs Benavidez-Glasspole, who lives in Mill Lane with her husband Julian, managing director of Vehicle Weighing Solutions, of Reading, took part in a two-hour dancing competition at last year’s Reading Carnival and also organised dance classes in St Lucia with former Strictly Come Dancing star Robin Windsor.