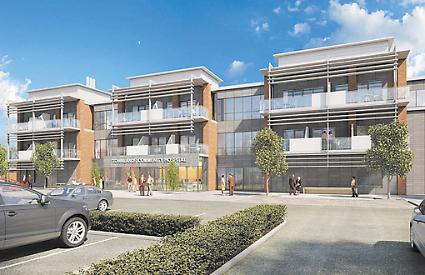 MORE patient services could be introduced at the new Townlands Memorial Hospital in Henley.

The Royal Berkshire NHS Trust says it is looking to move clinics away from its flagship hospital in Reading to other facilities, including Townlands.

The hospital off York Road already offers physiotherapy, orthopaedics and a minor injuries unit, which are provided by the trust and Oxford Health.

The decentralisation of services was revealed by the trust’s directorate manager Angela Hughes at last week’s meeting of the Townlands Stakeholder Reference Group.

She said: “A specific steering group has been formed and meets monthly.

“The papers are being written and there will be a business case in March to move out some outpatient services, not just to Townlands but Bracknell, Newbury and West Berkshire too.

“We have then got to go to consultation with the services to make changes.” Patient representative Robert Aitken said he would be in favour of more services at Townlands and asked whether space at the hospital would be an issue.

He said: “I’m told there’s space not being fully utilised on the rapid access care unit floor. The reception layout on the ground floor is also generous and whether there’s room for another clinic there I don’t know.

“There’s the top floor too. I’d be upset if space was a key constraint.”

The top floor is empty following Sue Ryder’s decision not to relocate from its hospice in Nettlebed in 2014.

Ms Hughes said the trust would have to negotiate with NHS Property Services, which owns the building, if it wanted to use the top floor but in any case the lack of available staff to hire was more of an issue than space.

Sarah Adair, head of communications and engagement for the Oxfordshire Clinical Commissioning Group, which oversees services at the hospital, added: “There’s a big workforce issue. We may have space but providers don’t necessarily have the staff.”

Meanwhile, the reference group, which was set up in 2015 to monitor the new hospital, has agreed to always meet in public. It has been meeting in public only every other time.

The group, which meets four times a year, had been dubbed “tokenistic” by health campaigners, who said it had failed to engage with the community or to provide useful information about services.

Ian Reissmann, who chairs the Townlands Steering Group, said the hospital was now operating well and open meetings would allow the public to see this.

He said: “There are big advantages for everyone to hold meetings in public and make them as transparent as possible. There may be an occasion where an item does contain confidential items and I don’t have any problem with putting that in a confidential session.

“There’s lots of good news here, why hide it?”

Mrs Adair said the meetings would have to be held at the town hall because the Maurice Tate room at the hospital, which hosted the closed meetings, was not big enough.

She said meetings would be promoted online to encourage the public to attend.

Charles Langler, one of two members of the public to attend last week’s meeting, said: “We should have open ones and I think people will be impressed by what they hear. It will encourage people to have a positive attitude towards what you are doing.”

The group also agreed that any agenda papers for meetings would be circulated to members only in advance in case changes were needed but would be available to the public at the meeting itself.