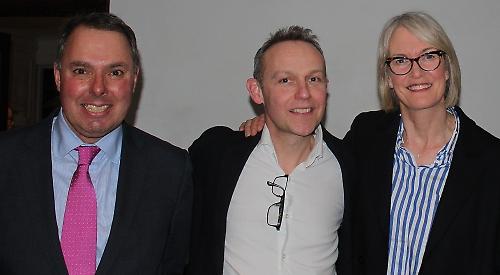 ABOUT 45 people attended a drinks event with Margot James, the new minister for digital and creative industries.

The Conservative MP for Stourbridge was appointed last month in a cabinet reshuffle.

She was previously parliamentary under secretary of state at the Department for Business, Energy and Industrial Strategy.

The event, which was hosted by the Henley Conservatives, was held at the home of Dan and Jo Bausor in Bix on Thursday last week.

Frank Browne, who chairs Henley Conservatives, said: “Margot spent a lot of time going around the room talking to people.

“A number of young people came to the event to talk to her about specific ideas and she has gone away to go through them.

“She gave a talk about herself and her experience as a small business minister and explained there was quite a lot of overlay between her previous role and her creative digital portfolio.

“She said that five per cent of the country does not have proper connectivity to the internet and it is such a big priority and is extremely important to small businesses.”