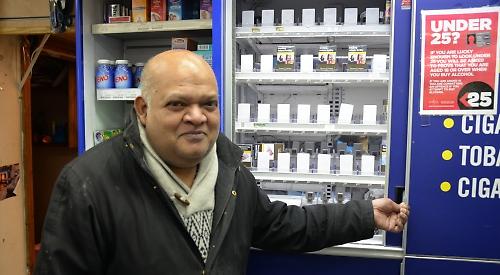 MASKED raiders stole cigarettes worth £5,000 and bottles of whiskey after breaking in to a Henley newsagents.

A glass panel in the front door of Station News in Station Road was smashed by two men at about 4am today (Wednesday).

The offenders, who were wearing dark clothing and balaclavas, used a large piece of masonry to break the panel before entering the shop and clearing out the cigarette kiosk.

Police have cordoned off the front of the premises with tape while the hole in the door has been boarded up.

Forensic teams are due to arrive later today to dust for fingerprints.

Shop staff have set up a table outside to sell this morning’s newspapers as well as fresh milk.

Manager Ratnam Ratnaraj said the business had CCTV and the footage would be handed over to Thames Valley Police.