Debbie in topper form for charity 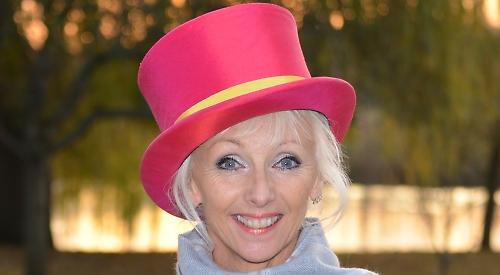 DEBBIE McGEE is backing a charity fund-raising campaign in memory of her late husband Paul Daniels.

The ninth annual Wear a Hat Day, which is organised by Brain Tumour Research, will be held on Thursday, March 29.

McGee, 59, who lives in Willow Lane, Wargrave, has supported the charity since she lost her magician husband in March 2016, only a month after he was diagnosed with a highly aggressive and incurable tumour.

Last year, she helped launch a special pin badge featuring a rabbit in a magician’s hat to raise money.

McGee, who reached the final of Strictly Come Dancing in December, said: “It is a shocking fact that brain tumours kill more children and adults under the age of 40 than any other cancer yet just one per cent of the national spend on cancer research has been allocated to this devastating disease.

“Funds raised through Wear A Hat Day 2018 will develop the charity’s network of world-class brain tumour research centres in the UK. Please get involved if you can — it’s simple and fun to take part.”

Other celebrities supporting the campaign include former model Caprice Bourret, who had surgery to remove a brain tumour last year, and actress Sheila Hancock, whose grandson survived a childhood brain tumour.