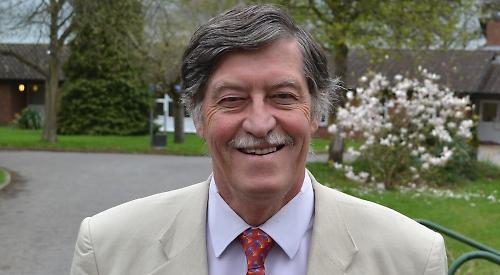 COUNCILLORS in Henley have welcomed the injection of £100,000 into tackling air pollution.

South Oxfordshire District Council has budgeted for air quality measures for the first time and some of the money is likely to be spent in the market towns of Henley, Watlington and Wallingford, which all have an air pollution problem.

“I’ve been pushing for just over a year for the council to put a substantial amount in the budget. I’m frustrated that it has taken so long but pleased that we now have some.”

Levels of nitrogen dioxide in some Henley streets are 50 per cent higher than Air Quality England’s target limit of 40 micrograms per cubic metre.

The town council’s transport strategy group, which Councillor Gawrysiak chairs, has been investigating a series of measures to improve air quality in the town.

These include cycling and walking routes, trees and greening, environmentally friendly buses, more electric car charging points, a “kill your engine” campaign, car club and a 20mph zone for the town centre.

Cllr Gawrysiak said: “Henley is unusual because of its topography — there are no quick fixes to this like banning diesel vehicles.

“The canyoning in Duke Street and Bell Street means the pollution actually sits in the streets so the levels go up and people breathe it in.

“Anything we can do to actually reduce the impact we should investigate.”

Town and district councillor Lorraine Hillier said: “The district council said it wasn’t ignoring air quality and if there were proven measures then they would consider this and allocate the money.

“Air pollution is a silent killer and I think it’s terribly important we do something.

“I’d like to see the money go to those who have the knowledge and can really prioritise what we need.”

David Dickie, of environmental campaign group Henley in Transition, said: “I’m glad we have started but there’s a long way to go in terms of investment in the town to actually make a real difference.

“I think we need half a million — then we could do a real proper plan plan to solve the problem.”

Mr Dickie, of St Katherine’s Road, estimated it would cost a minimum of £25,000 to measure particulates, while planting and greening could cost £100,000.

The funding was due to be approved on Thursday night.