Tories angry at 'secret' meeting about changes to housing plan 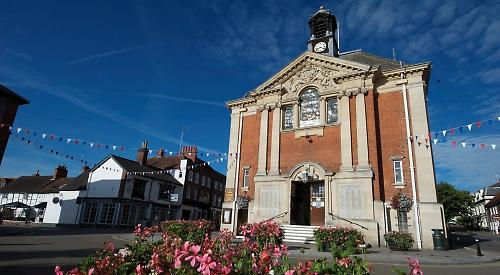 COUNCILLORS in Henley have been criticised for holding a “secret” meeting on the future of the town’s housing blueprint.

The plan came into force in March 2016 after passing a referendum.

This made the document legally binding but it has been effectively disregarded by the district council on a number of occasions when considering planning applications.

Councillors have suggested rewriting the plan to help it be more effective. The meeting on January 26 included discussions on:

• The cost of revising the plan with the possibility of a £15,000 grant from the district council.

• Whether or not to include Harpsden in the new version.

• Protecting the town against plans for more care homes.

Notes of the discussions were circulated at a town council meeting last week.

The four councillors were Ken Arlett, Stefan Gawrysiak, and Jane Smewing, who are members of the ruling Henley Residents Group, and Deputy Mayor Lorraine Hillier who stands as an Independent Conservative having quit the Conservatives last May.

“I want to be assured there will be no more secret meetings and a broad spectrum of people is involved.”

Fellow Conservative councillor David Nimmo Smith said the notes of the meeting made no mention of the provision of affordable housing in new developments, which he said was one of the most important things that the council should be concerned about.

Councillor Sam Evans (Con) questioned why issues such as affordable housing were not included in the notes but other specific details, such as funding from the district council, were.

Cllr Gawrysiak said the meeting was purely “exploratory” and the issues raised would be discussed by the town council’s neighbourhood plan steering group, which is chaired by Councillor Arlett.

He said: “The process, the timetable and how the town council is going to approach this will be discussed. It’s only right that the steering group sets the timetable.”

Cllr Arlett added: “At the meeting we will agree the rewrite and then it’s just a matter of how we will go about it. Everything will be discussed and we will have presentations from officers at the district council.”