New landlord takes over at pub while another is closed 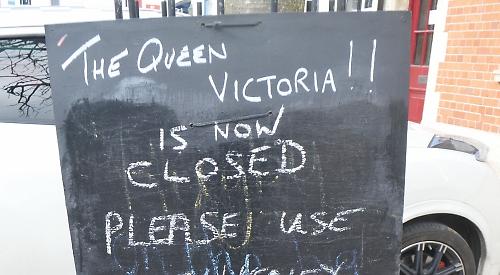 A MAN who spent 20 years running bars and restaurants in Asia has taken over at a Henley pub.

John Thirlway is running the Little Angel in Remenham Lane, having previously managed the Strada restaurant in Bell Street for just over a year.

Mr Thirlway, 49, who lives in Marlow with his wife Mandy, began bartending in the Nineties before moving to Hong Kong and then Singapore.

He said: “I had my own bars and restaurants in Asia and opened about 18 for other people, including nightclubs.

“I came back here in 2014 and moved to Lowestoft. I then moved to Marlow in 2015 and the family came down the following year.” The Little Angel, which is owned by Brakspear, was previously run by Doug and Lolly Green, of Splash Inns, who took charge in 2004 but sold the lease last year.

Mr Thirlway said: “When I was approached it wasn’t necessarily an easy decision but it was the next progression, a good step up.

“It was a great opportunity to work for a good company.

“I’d been here socially and had food here with family and I liked the place — the vibe it gives off, the food style and service.”

In 2014 the Little Angel won an award from Brakspear following an anonymous inspection in which it was rated on all aspects of hospitality, from cleanliness and servicing to marketing. The following year, it was runner-up in the restaurant category of the Best Thames Local awards, which honour the best places to eat and drink along the River Thames.

Mr Thirlway said he was not planning big changes as the pub was already successful.

He has retained the 12 staff and is looking for more.

He said: “The service here is very good and friendly and I want to see how we can expand that with things like new menus. The pub is renowned for quality products and we want to improve on that.”

The pub will be closed for some work from March 19 to 21 and again at the end of September.

Mr Thirlway is also planning a refurbishment later this year. He said: “It’s pretty much as is since we moved in. The furniture has been moved around but nothing major. When it changes we want it to be significant.”

Meanwhile, the landlords of the Queen Victoria in Henley market place have left the business after only six months.

The pub shut last week and a noticeboard was put up outside directing customers to the Salisbury Conservative Club in Queen Street.

Jamie and Marnie Liston, of Bracknell, took over the pub in August last year, having previously worked in project management and local government respectively.