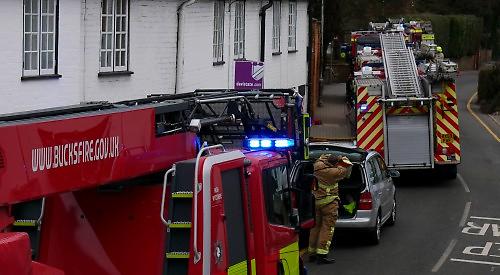 A BLAZE ripped through a Grade II listed cottage in the centre of Wargrave this morning (Friday).

Firefighters were called at about 9.25am to the fire at Holly Cottage in High Street.

Upon arrival, they found a fire affecting the ground and first floor of the property.

No one is believed to have been in the cottage at the time of the fire.

A section of the road about 20m long was been cordoned off, with traffic redirected via Wargrave Lane, Dark Hill and School Lane.

Pedestrians were also redirected around the cordon as police forensics teams inspected the building. The road was re-opened at about 2pm.

Staff at the nearby Haweli restaurant said they had seen fire engines outside the cottage when arriving at work this morning, while some residents warned others to avoid the area on social media.