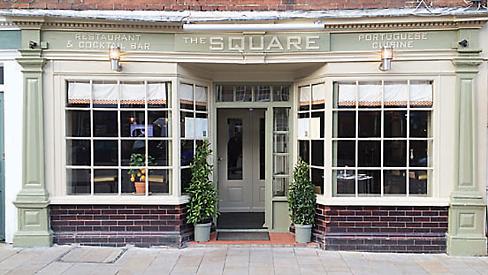 A MAN who stepped in to save a waiter from an attack in Henley says he was just trying to help.

Jaime Cintra was walking home from work in the early hours when he was set upon by two thugs who kicked and punched him as he lay on the ground in Greys Road. Luckily, the attack was spotted by Pawel Jonczyk who was with his father Arek and sister Paulina, who live nearby.

Mr Jonczyk, who works in maintenance at Shiplake College, said: “My father lives just around the corner and we were with him when we saw it. We thought they were joking and pushing each other around for fun but my sister said two guys were kicking another man on the ground.

“I started shouting at them — they were quite young but big. They started swearing at me so we ran over to them and started pushing them away.

“They were trying to punch me so I put one guy on the ground and the other one ran away. We were trying to hold him and call the police but he ran too.

“They left their phones, which will probably have their details so the police will be able to find them.”

Mr Jonczyk’s sister tended to Mr Cintra, who suffered swollen arms and ribs and cuts to his face.

He went back to The Square restaurant, where he works.

Mr Jonczyk said: “We wanted to ask the man if he was okay but he was gone. We didn’t know where he was but he was probably scared and wanted to leave the place as soon as he could.”

As the Henley Standard reported last week, 48-year-old Mr Cintra left the scene before he could thank his rescuers and he appealed for them to come forward so he could do so.

Mr Jonczyk responded and said: “I was just thinking about the man and wondering was he okay.

“I was also angry about these two guys — they were big and he wasn’t.”

Mr Cintra, of Western Avenue, Henley, said he was grateful to his rescuers.

“I just wanted to know who it was that helped me and now I do,” he said. “I’m hoping to meet with all three of them to thank them properly and maybe offer them lunch or dinner. That’s the main thing I want to do.”

Last week, he said the attackers had covered their faces so he had not reported the incident to the police.