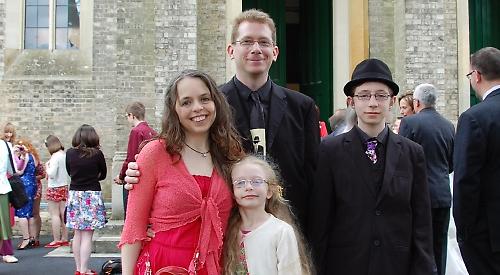 A HENLEY councillor is set to become mayor just a year after being elected.

Glen Lambert was made mayor-elect at a town council meeting on Tuesday.

Councillor Lambert, of Greys Road, is a father-of-two who works in IT and is a member of the ruling Henley Residents’ Group.

He said: “I’m very grateful to the town councillors who proposed me and all those who voted for me.

“It’s quite an honour and I’m amazed — I didn’t think I’d be in this position a year ago. I’m pretty nervous but I’m looking forward to it.” The deputy mayor-elect is his HRG colleague Ken Arlett, who was also elected in May but has previously served as mayor.

Cllr Miller said: “Many people probably don’t know Glen very well. He doesn’t seek the limelight but he’s very active under the radar and behind the scenes.

“This council has elected a number of different mayors and all have worked hard for the town and brought their own particular skills to the table.

“Glen is passionate about Henley, is a strong community player and, above all, does the right thing.”

Cllr Reissmann said: “Glen is perhaps less well-known than many people around this table but it’s obvious he’s passionate about the town.

Cllr Arlett, who was a founder member of HRG, previously served as mayor in 1991 before standing down in 2007 to concentrate on his work as a builder.

He then joined the UK Independence Party and stood for election to Oxfordshire County Council in 2012 but was unsuccessful.

He was chairman of UKIP’s Henley branch from 2013 until February last year when he resigned in order to rejoin HRG.

Cllr Arlett was proposed by Councillor Jane Smewing, who said: “Ken has a wealth of experience as a former mayor and councillor at both town and district. He and Glen will make a great team.”

Both councillors received six votes with none against and four abstentions.

Last year’s mayor-making ceremony was marred by controversy as HRG councillor Kellie Hinton took the top job despite Conservative Will Hamilton being mayor-elect and having served as deputy mayor for the previous year.

This followed two by-elections where Cllrs Lambert and Arlett were elected.

Cllr Hinton was voted in by eight votes to seven after former mayor Lorraine Hillier, a Conservative, abstained.

About 20 Conservative supporters walked out of the ceremony in protest.